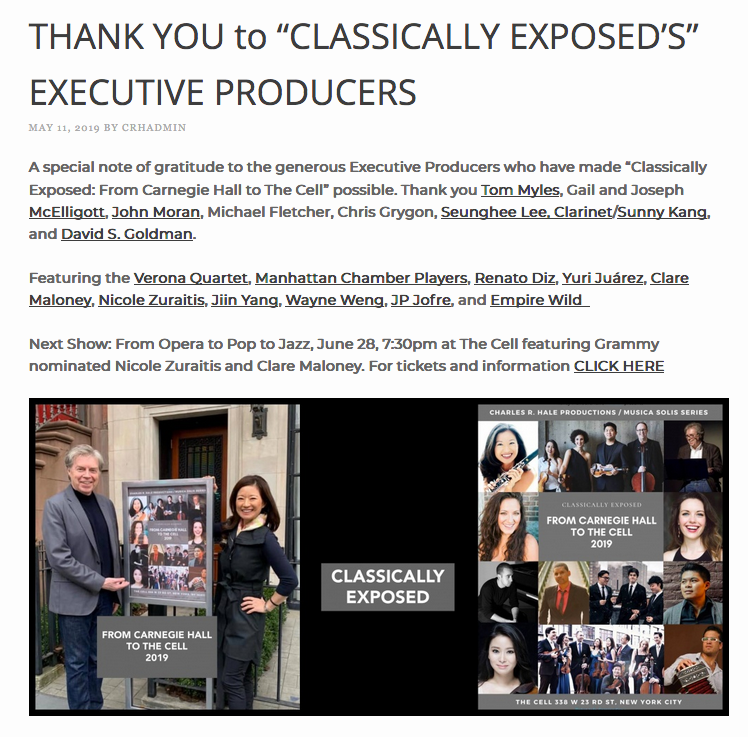 • I am one of the Executive Producers for Charles R. Hale's Concert Series "Classically Exposed: From Carnegie Hall To The Cell," which features Grammy Nominee Nicole Zuraitis, Clare Maloney, "Sunny" Seunghee Lee Kang, Renato Diz, Verona String Quartet and others.

• I am in pre-production for a Mahalia Jackson song with Shawn Lucas and the Shawn Lucas choir.

• I have been writing, developing, producing and performing "My India Story" a musical and multi-media memoir book and live show about my two years in India. 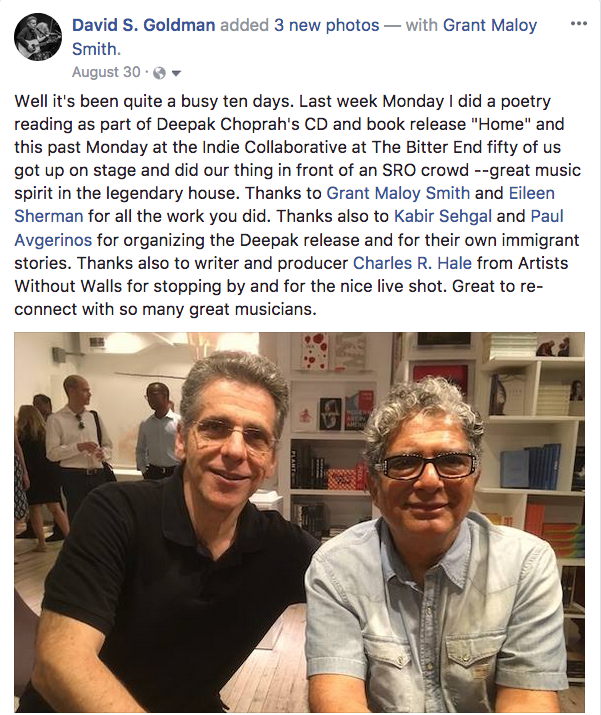 Check out my YouTube video for my digital single which won the 2015 Gold Prize in the Folk-Rock category of the 32nd Annual Mid-Atlantic Songwriters Contest of the Songwriters' Association of Washington, D.C.

This latest song of mine, released the summer of 2015, arose out of both a sense of despair over our country's direction and the great inspiration I discovered on a trip to Washington D.C. seeing the lofty inscriptions on our most time-honored institutions.

The word eclectic does not begin to describe the influences that make up David Goldman’s music. If his mixed ethnic background of Jewish, Sicilian/Italian and Albanian wasn’t varied enough, he grew up listening to classical, opera, international and American folk music, blues and rock and roll. He then studied abroad in college for four years in India, Mexico, and Japan, and has since traveled to France, Italy, Sicily, England, Spain, Portugal and Turkey, collecting songs as he goes.

Rooted in American folk and blues, David performs his original songs spiced with an old folk, pop/jazz or ‘60s chestnut along with a magical song or two from Portugal, South America or India. His last CD "Light In The Tunnel" took his audience on a deeply personal journey across the darker landscape of the world today on the wings of a finely woven tapestry of voices and music with Celtic, Blues and Gospel influences.